How come in movies like The Hobbit: The Battle of The Five Armies the bad guys army is so much bigger than the good guys? It seems almost cliche to me. The Orcs in this movie outnumber everyone 2 or 3 to 1 and it doesn’t seem fair. As my wife observes everyone loves a underdog. However in these movies the underdog has to fight twice as hard and there isn’t always a happy ending.

Sometimes a cheesy, sentimental movie that has a predictable formula is what one wants. It is OK to turn off your brain for a bit and just enjoy something fun, romantic, daring perhaps. We all need an escape every now and then.

Anything different is good

A lesson learned from the movie “Groundhog Day”

So, what’s with this 50 Shades of Grey movie thingy? Will the book be better than the movie? I wouldn’t know because I am not a book person.

I did see the commercial for the movie and it looks to be a slow boat to the “O”.

A quote from the movie “Serendipity” spoken by John Cusack

They don’t make movies like “White Christmas” anymore. I wish they did.

Reputations are just history in rumor form, you can change it.

A Quote from the Movie “The Twelve Dates of Christmas”

I thought this movie was a kick butt feature that is the best of the franchise. Katniss, Gale and Peeta aren’t playing games, they are playing for keeps, for freedom and for life itself. The detail and production values in this movie are awesome. You see our favorite characters fighting for survival while keeping some sort of humanity about them. 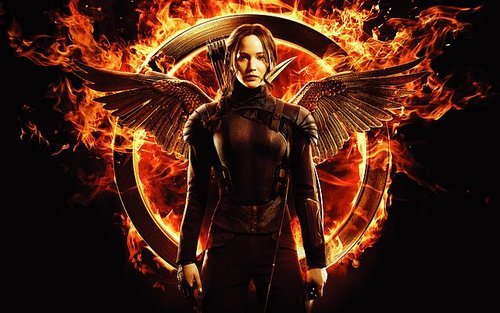 Katniss is the heart of this series of movies but Peeta is the soul of this story and what happens in this movie is quite surprising. President Snow remains a evil force to be reckoned with and he makes life very hard for all of Panem whose population is aligning with rebellion and is inspired by The Mockingjay. As a dude who grew up watching war movies with his dad they did their homework in some of the scenes of war and its aftermath.

I enjoyed the addition of President Coin played by Julianne Moore. She lent some gravitas to her portrayal of Coin. Our other favorites Haymitch, Plutarch, Effie, Finnick and Caesar make strong appearances and help this movie one to enjoy and it makes you ready for Part 2.

We now own the Roku Streaming Stick, is a convenient little device that streams loads of TV shows, movies, news, entertainment and much more. It plugs into our TV and runs off of our wifi connection. This thing is really cool. There are tons of things to look at here. For those considering cutting the cable this is a real alternative. I have been wanting this for awhile because it brings streaming video to our HDTV. The price point is good too.

I like the fact it has a small footprint and has a remote control. So far, so good. I will let you know how it goes as we use this.