A perfect example of change is Microsoft Word. Over the years it has undergone many serious changes in features and design. Each version is improving on the previous one and making it a more powerful product.

It is up to me to keep up with new things going on. Much has changed from XP to the newest versions and there is much to learn. I don’t mind it, it keeps my mind sharp and keeps me on my toes.

Technology is built on new ideas, new things and doing things differently. Adjusting to change is a part of life on the web on the desktop and on your mobile device.

So I revamped (again) my laptop configuration. I can never leave well enough alone it seems…oh well. Sometimes something doesn’t work just right so you need to make a change until it does.

I installed Linux Mint 17.1 which seems to be working well on my Dell Latitude D630 which has a few years on it. Recently I experimented with other Linux distributions but they didn’t seem to have a ease of use that Mint has touted for years. Not that I am a total noob but I want something that just plain works. 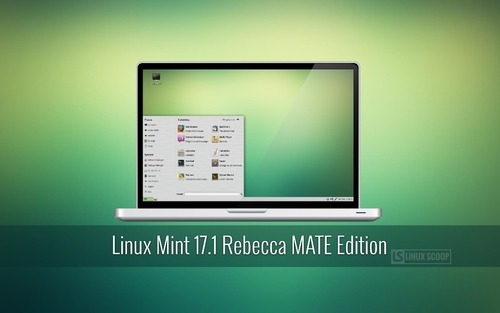 Then I installed Google Chrome to be my default browser because I intend to use Google Drive for document and image storage offline. It seems to make sense because I anticipate Google to be around for a long time and I can access and edit my documents on different devices, yea for the cloud.

I did download my documents for local use when I need to. You can download your folder into a zip file.

So I think I will settle on this unless I discover something that isn’t working well. Of course I will make adjustments along the way. This is a fun thing to do and to make best use of low cost technology and resources to do what I need to do.

Just think if you could see the data that is flying all around you in this digital world we live in. That information contains a lot of messages, information, applications and other stuff. Don’t you wish you could see that data to see what all is going around you. We do live in a high tech world with all sorts of things blazing by us every day.

The Deal Is Done – Yahoo agrees to purchase Tumblr for $1.1 Billion. Now we wait to see what will happen. I hope this will give new life to Tumblr but I still have my doubts as I have mentioned previously.

I am not crazy about Yahoo’s proposed buy of Tumblr. It has been documented that past purchases of other web services have not worked out well for users. Geocities and Delicious are both prime examples. Tumblr could meet the same fate which would be devastating for those who have put their heart and soul into their blogs. Many people have built their whole web identity on this platform.

Is Marissa Mayer different than previous leadership, I don’t know. She is very aggressive and expects results. Coming from Google Mayer has much to prove to Yahoo’s shareholders and the tech community.

David Karp would continue to lead Tumblr but would report to Mayer and he would have to produce. I also hear that financially money is not coming in fast enough to keep Tumblr afloat. It’s going to be a situation where there is going to need cash to stay alive. So we are in a quandry.

I am reluctant to endorse the move. No I am not a shareholder but I am a user and I don’t know if our blogs would have to carry ads on them. Currently they don’t. I hate the idea of advertising on our posts like WordPress.com attaches to their users. Would Yahoo censor or restrict content, that is the billion dollar question for a lot of people.

If Yahoo is not careful, there will be a mass exodus of bloggers if they don’t respect us and assure us we can keep using Tumblr in the way we have become accustomed to. It could be Yahoo would spend a lot of money and get nothing in return.

So we now come to a meeting being held tomorrow by Yahoo’s board that will make a very important decision. We will have to stay tuned for breaking news. I hate its come to this but we might have to get used to the idea. Lets hang on until we see what happens.

Reports across the Web say that Yahoo wants to buy Tumblr. Friends this is a serious thing. Yahoo had a blogging platform called 360 a number of years ago but shut it down for business reasons. It bought Geocities the Web page building platform just to shut it down a few years ago.

If you have built a presence on Tumblr it should concern you. Yahoo has an aggressive CEO who will want to use this blogging platform for advertising and reaching the 18-35 age group it needs to become relevant again. Who knows what would happen if this buyout takes place. I am not sure it would be a good thing for us. The deal would be worth $1 billion so it would be hard for David Karp and team to refuse. We would see Tumblr change and I am not sure for the better. You could also see other suitors like Facebook and Google swoop in and undermine Yahoo’s bid. My advice is to stay tuned and see what happens.

Go Daddy is a tech company that registers domains as well as provides web hosting. They also produced the worst commercial for the Super Bowl. What they think is funny/sexy is really gross. It insults us geeks and tech folks if you ask me. People who work in tech are above the juvenile stunts. Sex sells but their brand of sex is something that does not make me want to buy what they are selling. I am a Go Daddy customer and it kind of makes me want to see what else is out there for my domain needs. Yes some folks would say lighten up but what I saw last night was nothing to laugh at.

20 Years Ago Today: The First Website Is Published | GeekDad | Wired.com