I am glad they are back. It’s a great show with a great cast. Summer is back. 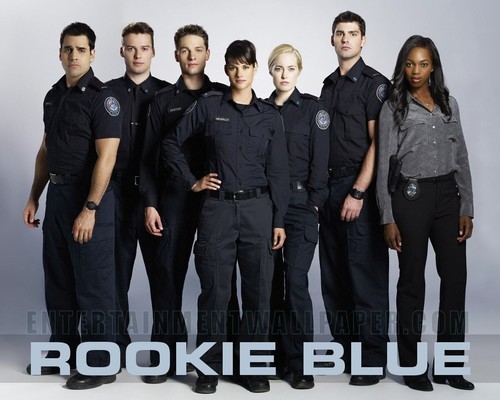 I am happy that my current favorite police drama will be back in 2014. Rookie Blue has graced Canadian and American TV audiences with a Summertime run for 4 seasons now. The cast is rock solid and the stories are gripping. Looking forward to Summer 2014 already!

Watching Sue Thomas F.B.Eye – This show that aired on the PAX Network from 2000-2005 featured Deanne Bray as the title character of Sue Thomas a hearing impaired woman who worked in the FBI as a surveillance specialist.

Also in this show starred Enuka Okuma who currently stars in the Shaw Media/Canwest/ABC (US) hit summer show Rookie Blue.

This was a great show for Enuka to “cut her teeth” on in prep for Rookie Blue. Sue Thomas was a positive show that had a great deal of heart.

Glass half empty/half full? Doesn’t matter. Be grateful you have a glass of water and that it’s meeting your need right now….Missy Peregrym (from TV’s Rookie Blue)

I was re-tweeted by Rookie Blue on Twitter (https://twitter.com/rookiebluetv) That was pretty cool!

Rookie Blue, Tonight at 10 PM on ABC-TV… Last weeks episode was a contrast in victory and sorrow. Gail Peck who was abducted was found, Noelle’s baby was born but Jerry fell in the line of duty in search of Gail. Traci and Jerry had just gotten engaged and were close to a wedding. Tonight’s episode will be tough for everyone in 15 division, and us fans. This show is doing good in the ratings and has shown some edge this season.

Thank you Canada for making great TV shows for American’s to enjoy.

On The Tube Tonight – We will be doing some channel hopping tonight for our evenings TV watching. Its all good because these are good programs. Get our popcorn ready!

Rookie Blue is on ABC. Love this show.

It’s September and a new start is upon us. We both worked today. I was productive and advanced toward my weekly goal. Today Laura’s new-to-her laptop died so she is on her older laptop. It’s amazing how something works and then it doesn’t. We are in discussion about what to do. Tonight we went to a Tastefully Simple tasting party at a friends house. We had some great stuff and placed an order. It’s been a good evening so far. It’s “Big Brother” night in America and they are going to evict another house guest. My money is on Shelly but who knows. It’s going to be a good weekend. By the way Wendy’s has a great lemonade, beats McAlisters. Later on tonight “Rookie Blue” comes on and that is always good.

Oliver: “Ok. I’m Oliver. Oliver Shaw. I’ll be your training officer until further notice. You don’t touch anything in the car until I tell you to. You don’t write anything down in your memo book until I tell you to. You don’t talk to other people, you look at me first. You do as I say, not as I do. Now you probably think right now I’m being a bit of a hard ass but if it gets stressed out there I will be because my… my job is to keep you safe. This crest on my shoulder, this represents you McNally and we’re both going home today.”