So, today I learned a new term for the music of my generation, “Dad Rock”. Music from people like Huey Lewis and the News, Boston, Phil Collins, Genesis, Kansas, Supertramp, Cheap Trick, Steely Dan, Rick Springfield, Styx, Toto, Chicago and the list goes on.

I am not a dad but I won’t shy away from embracing the term. Friends I am a middle-aged person who came of age in the 1980’s.

As the scene is dominated by Taylor Swift, Jay Z, Beyonce’, Fall Out Boy, Katy Perry, etc. today its safe to say that “Dad Rock” in some way influenced today’s talent in much the same way my father’s “Dad Rock” inspired the music of my generation.

It is still interesting that music of my generation is being used in commercials to appeal to my age range. It’s all good though.

I still listen to local broadcast radio. What is transmitted from my hometown radio stations keeps me connected to my community, I guess its just a generational thing. 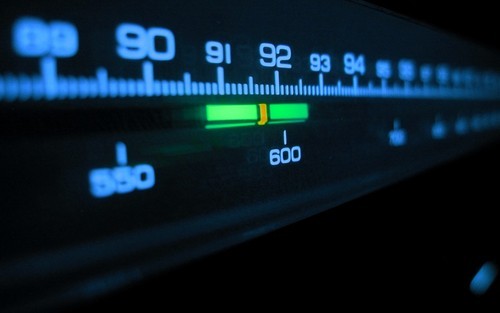 Now on the way home from going out tonight we were listening to an oldies station that was playing music from the 1980’s. This was the era we came of age. When groups like Hall and Oates, Simple Minds, Queen, Blondie and more are playing on these stations it hurts a little. It’s a admission that we are further removed from our youth and life is moving on.

Hearing your generations tunes on a oldies station is like instant nostalgia. Every generation has its own unique music that defined the era. It is like a auditory time machine that takes you back to a simpler time. It triggers memories of prom, dances, hanging out at the pool with friends and other great events that one experienced from their youth.

I enjoy hearing oldies from my parents era because that connects me in a way to their experiences in the 50’s 60’s and 70’s.

So as we start to hear tunes from the 90’s and eventually the first decade of the 2000’s on an oldies station/channel this will give all something to listen to and talk about.

See that girl, watch that scene, diggin the dancing queen.

There’s a song, a tune, a jingle that gets in your head and stays there. They call them ear worms which is a very good description.

For me it’s What Does The Fox Say, its annoying and just strange (although I am strange too) but in a good way.

Thanks to hypernaturalism for inspiring the following question.

What is the most annoying song that gets in your head and you wish would go away?

This was my jam back in the day! I heard the song on a TV show tonight. Some days I miss the 1980’s.

I wonder when Taylor Swift’s next breakup song will be on the radio or available for download.

Backstreet Boys – Everybody (Backstreet’s Back) (by BackstreetBoysVEVO)

Bee Gees – Nights on Broadway (by NightFever77) I love the Bee Gee’s they are one of the great rock/pop bands of all time. Good stuff.