Anytime I see Matthew McConaughey on the TV I have to say his catch phrase Alright, alright, alright. Not to do so wouldn’t be right.

I do have a man crush on him…he’s a great actor and a pretty decent guy.

Interstellar was out of this world. It was deep, beautifully shot and there were serious influences from other films of its genre. The ending was surprising and I am glad we saw it on the big screen.

It was a story of how our world got to a point where significant social change along the environment and food supplies were in serious decline. A space mission was executed to help find a new home for humanity.

You must see this movie. It’s an important commentary on life and where we are going if we don’t do things differently.

This movie has an amazing story that discusses some very serious things. It asks the questions we alone in the universe, does science and technology make us happier, are we connected in a meaningful way. Carl Sagan wrote a book that inspired this movie which features an amazing cast such as Academy Award winners Jodie Foster and Matthew McConaughey. The book was written years before the movie which was made in 1997 and both are very prophetic and forward thinking that makes a statement in 2014.

Last night’s Academy Awards was a good show. Ellen Degeneres was a great host and there were plenty of surprises in who won awards. I loved the all-star selfie and the pizza order. Both were fun and were well received. She’s one classy lady. 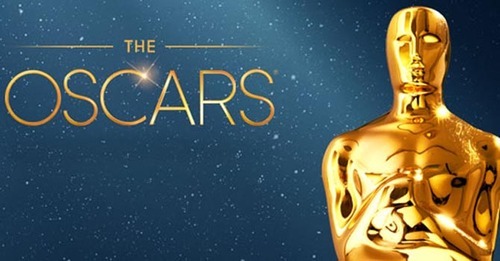 I am happy for Lupita Nyong’o and Matthew McConaughey for their wins. Twelve Years A Slave deserved best picture and of course Frozen was the big time winner in animation. Gravity won a bunch of tech awards and best director. American Hustle was shut out, surprisingly. I was hoping Amy Adams would have on best actress. Jared Leto’s performance in Dallas Buyer’s Club earned him the best supporting actor award.

What was going on with John Travolta during his introduction of Indina Menzel? he said something sort of unintelligible, at any rate it inspired a Twitter user to set up a page under the name he introduced her by.

Overall the show was well done, full of heart. It went long but with Ellen as host we didn’t mind staying up late to see the finish. She can host anytime.

Me, I Said This

How To Lose A Guy in 10 Days – A movie that gives an education in how to torpedo a relationship in 10 days. Kate Hudson and Matthew McConaughey are great in this movie and the supporting cast is quite good too.