The dot com mavens will not rest until every word has been mangled.

The season premiere take us to England and if that isn’t enough reason to watch tonight I don’t know what is? Last season ended on a mind blowing storyline that I couldn’t have come up with. Jonny Lee Miller and Lucy Liu are fabulous in this show!

The season finale to Elementary was brilliant, amazing, awesome. The double life twist blew me away. Natalie Dormer was quite good as Irene Adler and the surprise to us all Moriarity. Joan Watson is as tough and smart as she looks. Johnny Lee Miller is just amazing as Sherlock Holmes and showed amazing range and talent in the episode. Last night’s episode was the best season finale I have seen in quite some time. Can’t wait til next season to see what happens.

May 9, 2013 – CBS drama series ELEMENTARY, the #1 new network television series and global hit starring Jonny Lee Miller and Lucy Liu, will film its second season premiere episode in London, with production starting in July. This will mark the first time the series has shot on location outside of New York. (via CBS Press Express | “ELEMENTARY” CROSSES THE POND TO FILM THE SECOND SEASON PREMIERE EPISODE ON LOCATION IN LONDON)

I have come to the conclusion I like Jonny Lee Miller better as Sherlock Holmes more than I do Benedict Cumberbatch. This might shock a lot of people out there but I just think Miller has a great grasp on a modern interpretation of the character. Lucy Liu as Watson is quite good too and has proven worthy of the role. Martin Freeman is good in Sherlock but I think Liu is more dimensional.

Overall, Elementary has shown its a great show and is finding its stride. Sherlock has the problem of only giving us a handful of episodes without a reliable program schedule.  I understand the BBC works a little differently than CBS but the commitment of the cast of Elementary is going to take it far.

Don’t get me wrong, I like Sherlock. It is intriguing and fun. However I just think Elementary has a better future for it. 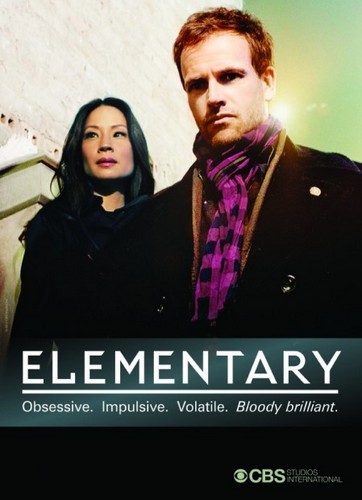 1690 others are also watching. Elementary on GetGlue.com

Elementary Is Back On Tonight! The second episode of any show says more about where its going than the pilot in my view. The first episode is introducing the characters but I think the second show is to get to know them better. Lets see what Jonny and Lucy have in store for us.

The new CBS interpretation of Sherlock Holmes called “Elementary” is going to be a good show. It requires an open mind though because instead of “John Watson” its “Joan Watson”. We live in the 21st century and ya see these stories were written when there was a male dominated society. Men seemed to run the world and it was the culture of the time. Martin Freeman is a great actor and does a great job on “Sherlock” however Lucy Liu who is a very good actress by the way will give a great preformance in her role as Joan. Women are half the population now and run corporations and the like so why are we holding on to such a rigid adherence to the traditional portrayal. Give this show a chance. Jonny Lee Miller will make his mark in the history of this very old character.