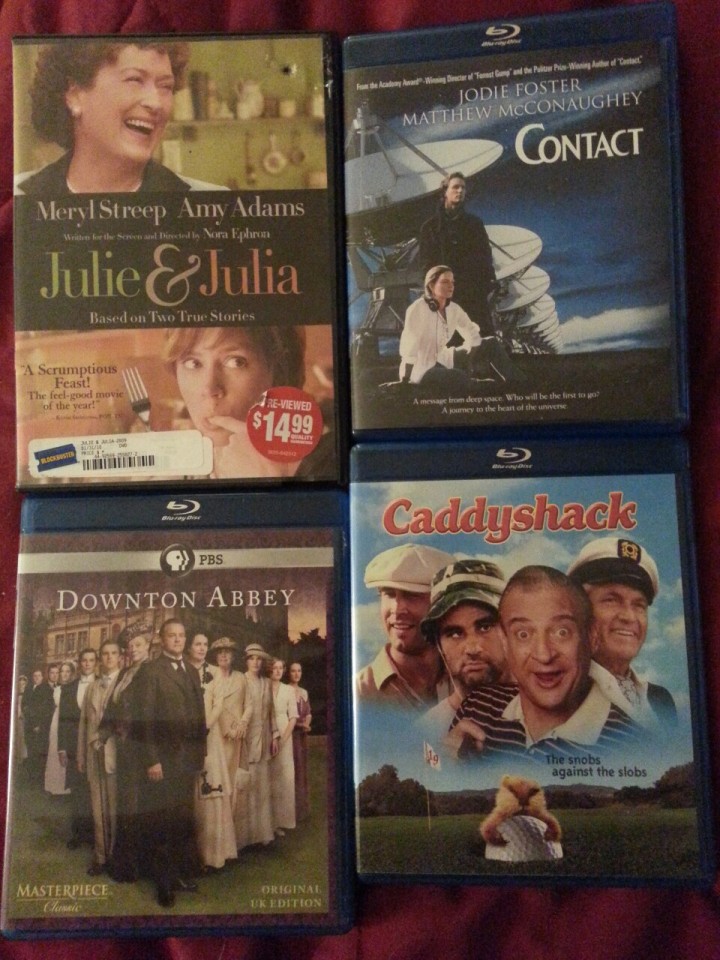 For our entertainment. Bought with trade bucks from McKay’s Used Media Superstore.

Harold Ramis the comedy genius who was involved in movies like “Ghostbusters”, “Caddyshack”, “Groundhog Day” and “National Lampoon’s: Vacation” has passed away at age 69.

This man was a comic genius who in one form or another entertained us and made us laugh. He was an actor, director, writer and producer who was a part of some of the best films of the 20th century. His contribution to the culture and media will last for generations. A talent of his stature leaves a legacy that will be around for many years.

Mr. Ramis, thanks for the laughs. You will be missed. .