Katy Perry discussed how she uses social media in an interview with USA Today, and some of her advice may be applicable to brands as well. Here are a few of her tips:

“Less is more.”
“Don’t be self-indulgent.”
“Don’t use it just to promote yourself. That’s boring.”

Read the rest of the article here.

(My Take: I really like Katy Perry as an entertainer. She’s the girl next door and accessible to the masses. Her music is interesting and colorful. I think she has a great future ahead of her.)

Which Christian denomination do you belong to?

As an episcopalian, you support the espicopal system and the associated church hierarchy. You believe that positions such as those of Priest and Bishop are necessary within a church, and help keep the flock on a righteous path. Despite being a Protestant denomination, in many ways your views are likely to be more in line with those of the Papacy than any of the Lutheran or reformed churches. The best known espicopal church is the Church of England, or the Anglican Church. It sees itself as being “via media”, or inbetween Protestanism and Catholicism. Episcoplians are widely spread throughout the world, but of course the episcopal heartland remains in England.

Visit: Which Christian denomination do you belong to?

I would have no problem belonging to The Episcopal Church, great folks there. They understand the gospel in a inclusive way, also they are Anglican in nature. These results are cool with me.

Which Christian denomination do you belong to?

SUPERHEROES: A NEVER-ENDING BATTLE is the first documentary to examine the dawn of the comic book genre and its powerful legacy, as well as the evolution of the characters who leapt from the pages over the last 75 years and their ongoing worldwide cultural impact.

In six years, Tumblr has gone from scrappy micro-blogging platform to billion-dollar social network owned by Yahoo! We’ve pulled together a list of 30 Tumblrs to add to your dashboard.

My friend Julie went on vacation last week and discovered some new ways to do things efficiently. She was able to take a break and focus on some important things in her life.

Organize Yourself for New Vistas

I was born and raised in Chattanooga, TN, it’s a great place to be from. One of my favorite things to do is to blog about my hometown. This is a collection of my posts about The Scenic City. I hope you will browse and enjoy.

The Blog of Tony Burgess • I Love Chattanooga!

Declaring that “human influence on the climate system is clear,” a U.N.-assembled panel of scientists “it is extremely likely that human influence has been the dominant cause of the observed warming since the mid-20th century.”

Bill Gates: Control-Alt-Delete was a mistake

The Microsoft co-founder says the puzzling key combination used to access the login screen on personal computers was a mistake.

(My Take: Its a bit wonky the control-alt-delete but perhaps it makes you think before getting on your computer.) 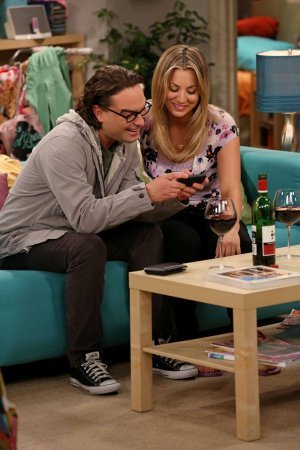 Who’s fighting? Who may get intimate? Johnny Galecki, Simon Helberg and Kunal Nayyar dish on what’s ahead from the CBS hit.

(My Take: Welcome Back Fellow Nerds)