Remember those in uniform who are serving our country. They have been on the front lines of keeping us safe. Our military deserves great recognition for their sacrifice. We also must thank their families who they left behind so they could be on the field of battle.

There is temptation to live in fear in the times we live. My friends claim your lives for yourself, your community and the world. Bad stuff happens when we fail to be a part of a solution. Evil people have the potential for redemption if we show them love, peace, kindness and reconciliation. No one is out of the grace of ones higher power. We are one human family on this day, lets come together. Give peace a chance. 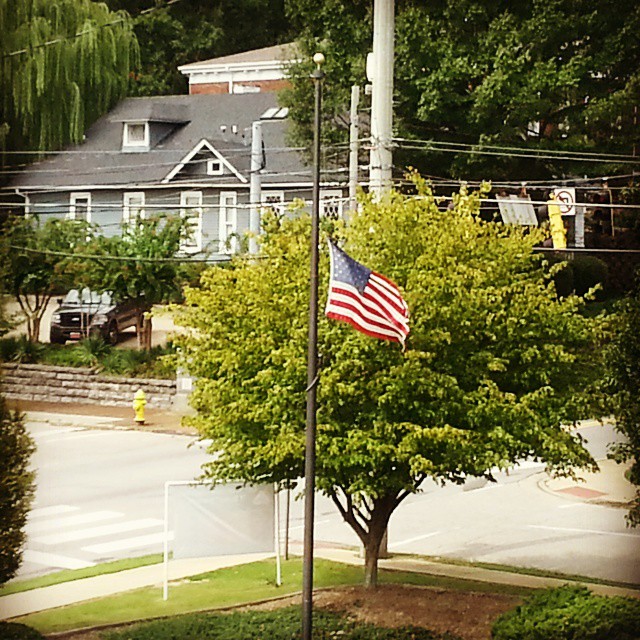 The flag at @bloodassurance flying at half mast today in remembrance of September 11, 2001.

O Divine Master, grant that I may not so much seek to be consoled as to console;
to be understood as to understand;
to be loved as to love.

The Prayer of St. Francis of Assisi – In memory of those lost over these last 13 years seeking peace in our world.

For some of us 11 years ago was a blur. This article from Wikipedia has a great synopsis of what happened during this tragic day 13 years ago.

Remembering September 11, 2001 – Lest we forget the tragedy of our past. That day in September no one saw coming. People in New York, Pennsylvania and Washington DC were going about their daily lives when terror struck them. The greatest way to remember these folks is to go to work each day to make our country great for everyone. God bless those who we remember today.

Tomorrow I will be remembering this tragic day in world history with some special posts about the day of September 11, 2001. Many of us know where we were that day that changed our country. I hope to bring back some of what we experienced that day in hopes we can remember what it was like to come together as a nation. Friends that day changed the future and continues impact us all. We all know someone who has served and many of us have lost family and friends who were there. We cannot forget those who have served to protect us on the field of battle and here in the homeland. I have been watching MSNBC this morning as they replayed the NBC coverage of the tragic events of September 11, 2001. One thing that struck me is that this event was covered well before social media/networking was developed.

MySpace which was the first social media platform of note didn’t start until 2003. Blogging was around but hadn’t reached critical mass at the time. News outlets had websites that were hit heavily by users wanting to get as much information as possible.

The most bandwidth people could get was about 3mb on a cable modem like I had at the time. Some businesses would have a T-1 line if they had to provide Internet access to many users like the newspaper I worked for in 2001. The World Wide Web was tested that day.

Some news websites had to alter their functionality to give more information on the chaos of the day. Style gave way to basic function with fewer images and more text to give more users access to vital info. Press services such as the AP and Reuters fed information to media outlets so they could relay information to their viewers, listeners and readers. Network and 24 hour news outlets led the way in bringing pictures and sound into the homes of people around the country and the world.

Landlines and cell phones at the time were the primary communication tools for people across the country including  New York and Washington, DC during the events of that day. Texting was in its infancy, however people used pagers to connect with business and personal contacts. In the areas hit phone lines were jammed with people wanting to connect with others.

Technology has improved, the web has come along to give us Facebook, Tumblr, Twitter and other sites. Text messages are sent in the billions daily. Twenty-four hour news has integrated social media into how they transmit and receive the news. Citizen journalism is a everyday part of our lives.

This song shares the story of that day 12 years ago better than any other. Its the power of the lyrics and Alan Jackson’s voice that brings me back to September 11, 2001. Country music can tell a great story.