Happy Canada Day! To all my fellow bloggers north of the border have a great day. God bless your great nation.

Welcome July 2013! Lets see what you have in store for us all.

Major League Baseball, Opening Day 2013 – America’s pastime gets back in action today as MLB teams begin the new season. I am cheering for the Braves in honor of my grandfather and the Detroit Tigers because they seem to have a cool team. Its time for bats and balls, hot dogs and Cracker Jack.

If you have seen the season of Spring let it know its late for arrival. It’s gloomy outside and the temps are not seasonal. Someone is saying snow for sometime soon. I hope not.

Happy First Day of Spring 2013 – The winter we had was really weird. Some days felt Spring-like while others were really cold. The season is about renewal and life. Flowers bloom, trees bud, animals and people come out of their “caves”. Its a really good time of year. Enjoy the season.

Ten years ago President George W. Bush went on TV to let the country know that the Invasion of Iraq had begun. Our second war with Iraq was a response to intelligence that they had weapons of mass destruction (WMD) and that Saddam Hussein was involved with Al-Qaeda. Later we would know there were no WMD to be found and there was no connection with the organization that was responsible for 9/11. 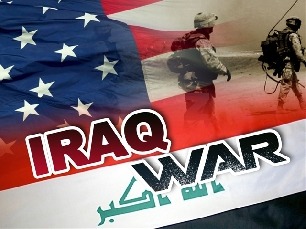 At the time with knowledge we were all given I supported the efforts. However as time has past we know the truth. This war cost our nation thousands of lives, billions of dollars and has had a lasting impact on veterans who were wounded. To me its sad to see so many families who have endured the legacy of this war continue to mourn loved ones who are lost or have been changed forever. PTSD is a huge problem for many who go to war.

As we live today in 2013 we reflect on the conflict that put our nation on a different course. Before we ever send another man or woman into harms way in the name of defending our nation lets be sure its for the right reasons. May no one ever be lost to war unnecessarily.

Daylight Savings Time: It starts tomorrow, set your clocks ahead one hour before you go to bed tonight.

Personally I hate this yearly thing. It makes me feel tired and that’s never fun.

I am resolved to give up being hard on myself for Lent. Believe it or not I am critical and too self deprecating. Having a better self image and self esteem will help me in so many ways. It also affirms that I am special to God who made me. So I am going to work on loving myself so I can love others better. This is my Lenten journey for 2013.

The First Show of 2013 – Groundhog day was the first big snow event of the year in Chattanooga. It started around 10:00 AM this morning and it has been falling off and on throughout the day. It’s a stark change from earlier in the week when it was unseasonably warm and we had severe weather including a tornado in a nearby town. We are glad to have some real winter weather. Let it snow as my wife Laura says.