Today a legend in the broadcasting community of Chattanooga passed away. Luther Masingill was a radio and television personality for both WDEF TV and Radio for over 70 years. He was on air during the beginning of World War II and during 9/11. He endeared himself to generations of people who call Chattanooga home.

Luther, yes he was an icon who was known by his first name helped announce the news of the community, play the music of a generation and helped reunite pets with their families. We were blessed to have a man of his talent be with us for so long. He was a hall-of-famer being inducted into both national and state halls for his contributions to the industry. 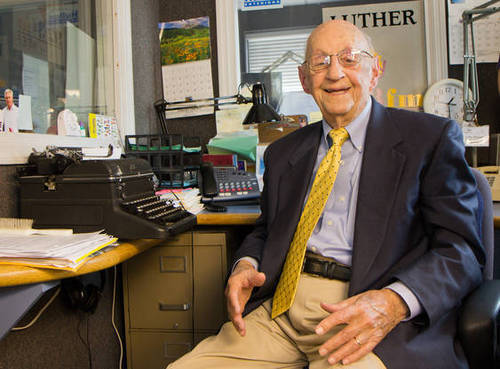 In an era of Sirius-XM, Pandora and the like Luther makes a great case for local radio. Having people from your community keeping you informed, entertained and enlightened. With the transient nature of people in media it is very rare for someone to stick and stay like Luther. He connected a community unlike any other. This man will be missed by our community, there will never be another like him.